Home>Hockey>NHL Rumors: Florida Panthers, and the Vegas Golden Knights
28 May 2022
70 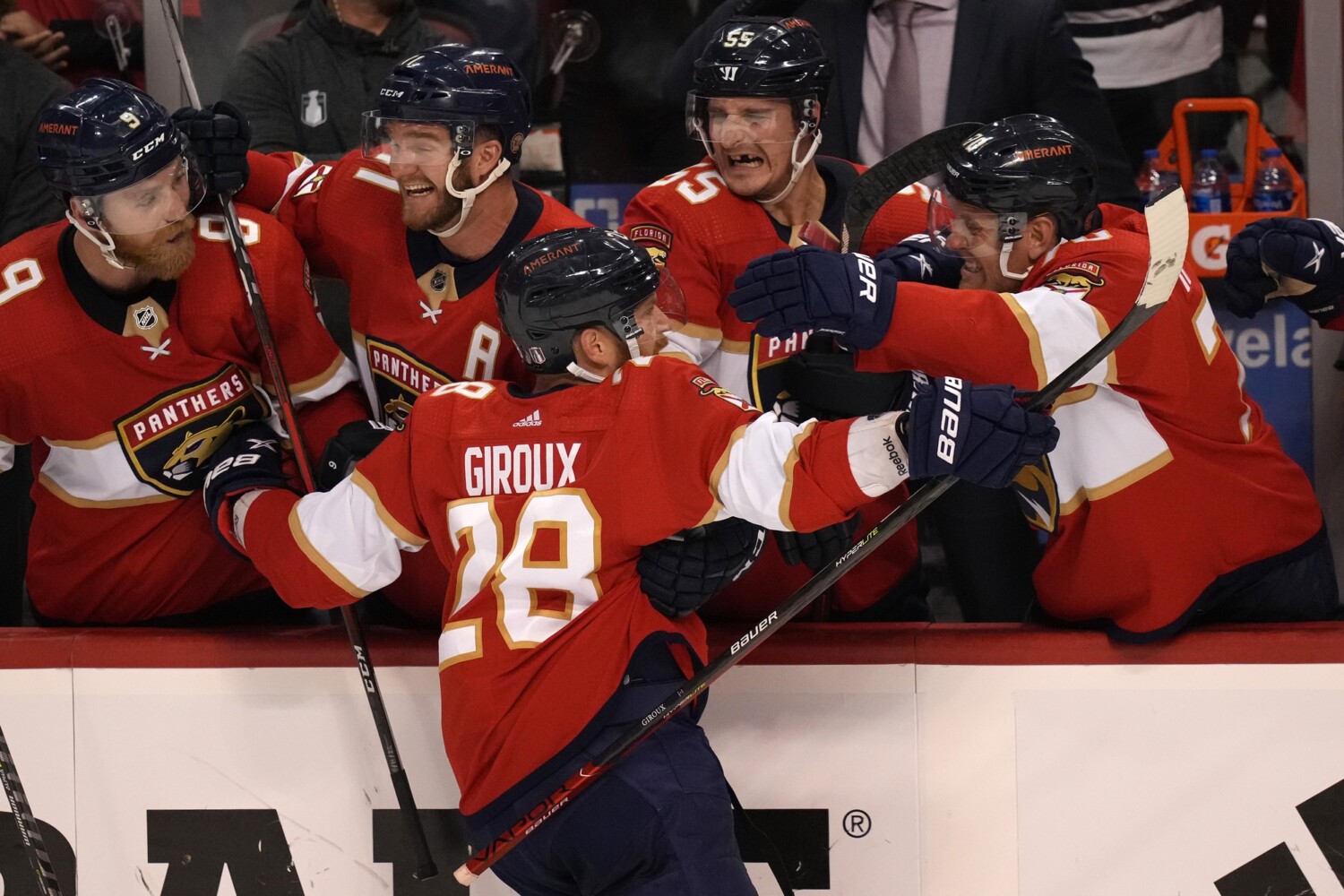 Giroux could see himself back in Florida, but can they afford him?

George Richards of Florida Hockey Now: Florida Panthers pending UFA forward Claude Giroux when asked if he could see himself back with the Panthers next season.

”Yeah, I do,” he said. “There are a lot of things to worry about and a decision has to be made. It’s a tough question because the season ended a few days ago. It’s up to what they want to do and what I want to do. There are a lot of conversations to be had.”

There has been some speculation he could return to the Philadelphia Flyers or his hometown Ottawa Senators.

After giving up a first, third, and Owen Tippett for Giroux, would think the Flyers would want to re-sign him. The Panthers don’t have a lot of salary cap space available.

With only $4 million in projected cap space, the Panthers are going to have to find a way to move out some salary. If they want to re-sign Giroux, they need to move out a decent amount.

Golden Knights are going to have some tough decisions

Would think that Dadonov will be the first player moved to help gain some salary cap space. If they are looking to trade someone to get the most assets back, Karlsson would likely be that guy, and there would be interest.

Goaltender Laurent Brossoit could also be moved with the emergence of Logan Thompson to backup Robin Lehner.

Think it would take a four-year contract offer at $4.75 million for Reilly Smith to remain a Golden Knight. He would get more on the open market.

Given their salary cap situation, it wouldn’t be a surprise if Nicolas Roy and Nicolas Hague received offer sheets.

Koskinen’s Time With the Oilers Was Eventful

June 14, 2022 superadmin
[ad_1] It has become official that Mikko Koskinen has signed with HC Lugano of the National League (Switzerland), as he
Hockey

June 24, 2022 superadmin
[ad_1] While there remains much to do with the forward group this offseason, the Ottawa Senators have a chance to
Hockey

The renaissance of Djordje Mihailovic

NHL Rumors: Teams Will be Interested in Josh Anderson, and the Oilers Should Pass